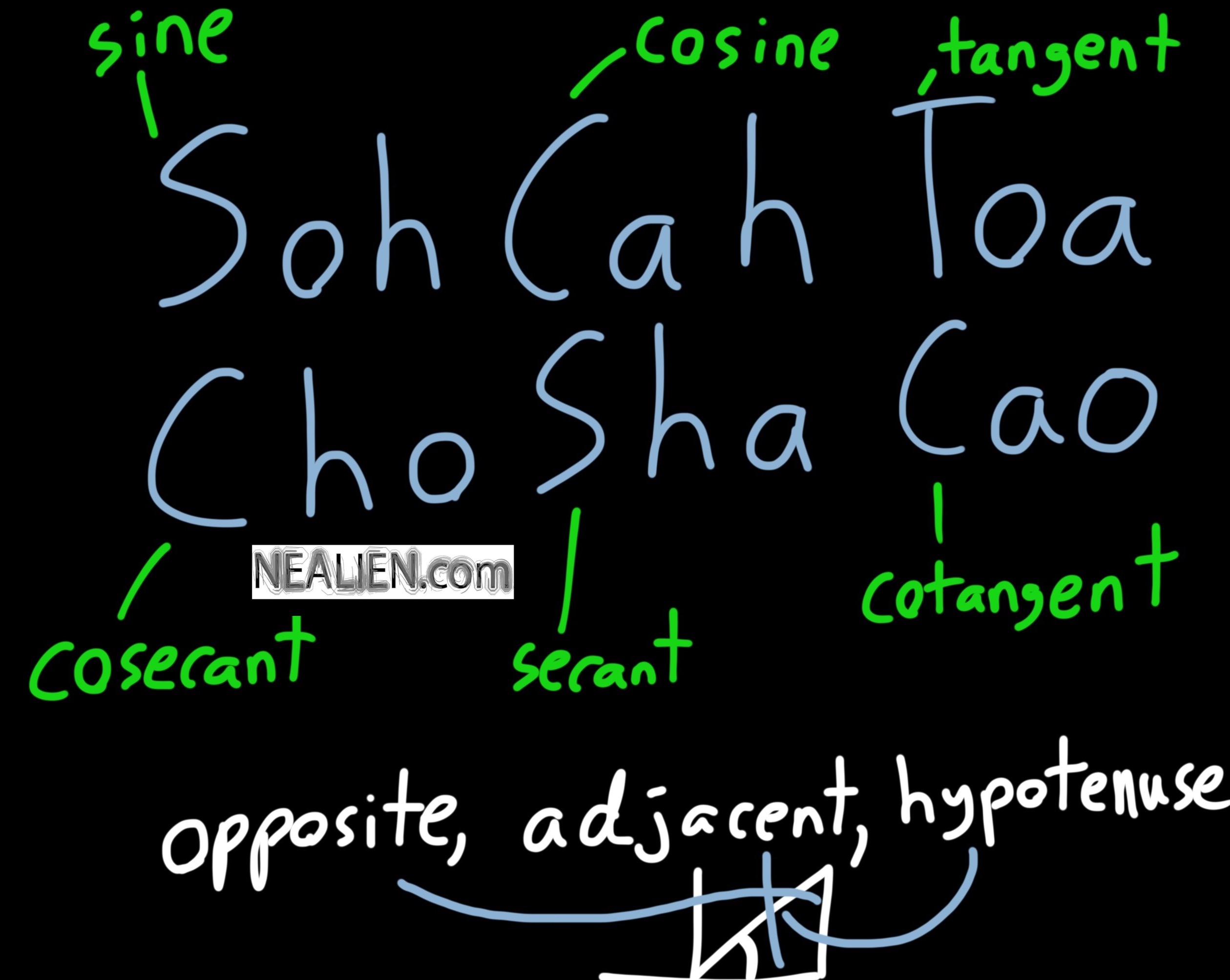 We started by looking at evaluating trig functions of angles. They involved 30 60 90 triangles and 45 45 90. So we began by looking at those triangles.

It’s easy enough to derive the ratios for the isosceles triangle.

Then we compared that to the other triangle.

Often, it helps to draw the angles on the xy axes starting from the 0° position (usually East). Then connect the angle to the x-axis to make a triangle.

Also, the functions are pronounced ‘sine’, ‘cosine’, ‘tangent’. If you’re going to say them out loud, say those, not “sin”, “cos”.

If you get to “csc”, how would you even say that out loud?