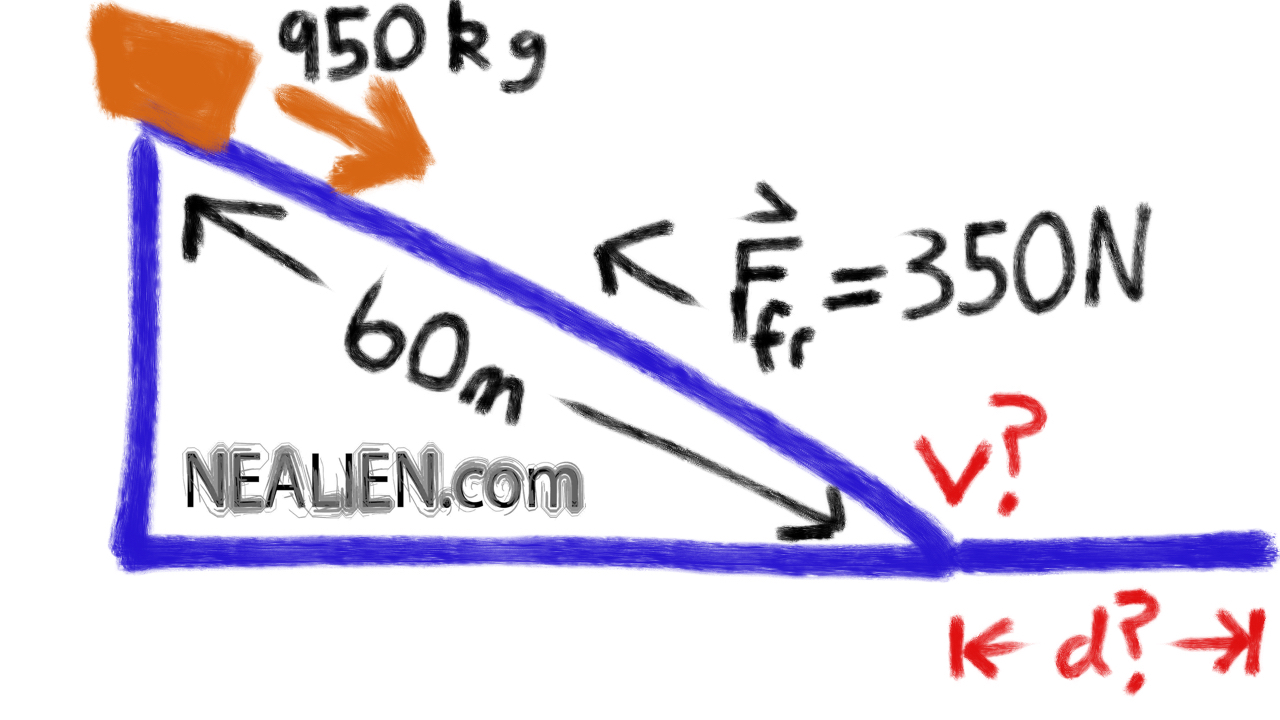 We started by looking at a problem with a car at the top of a five degree incline that rolled for 60 m. The force due to friction was given and the problem was to determine the velocity at the bottom of the incline and how far the car would roll given the same friction.