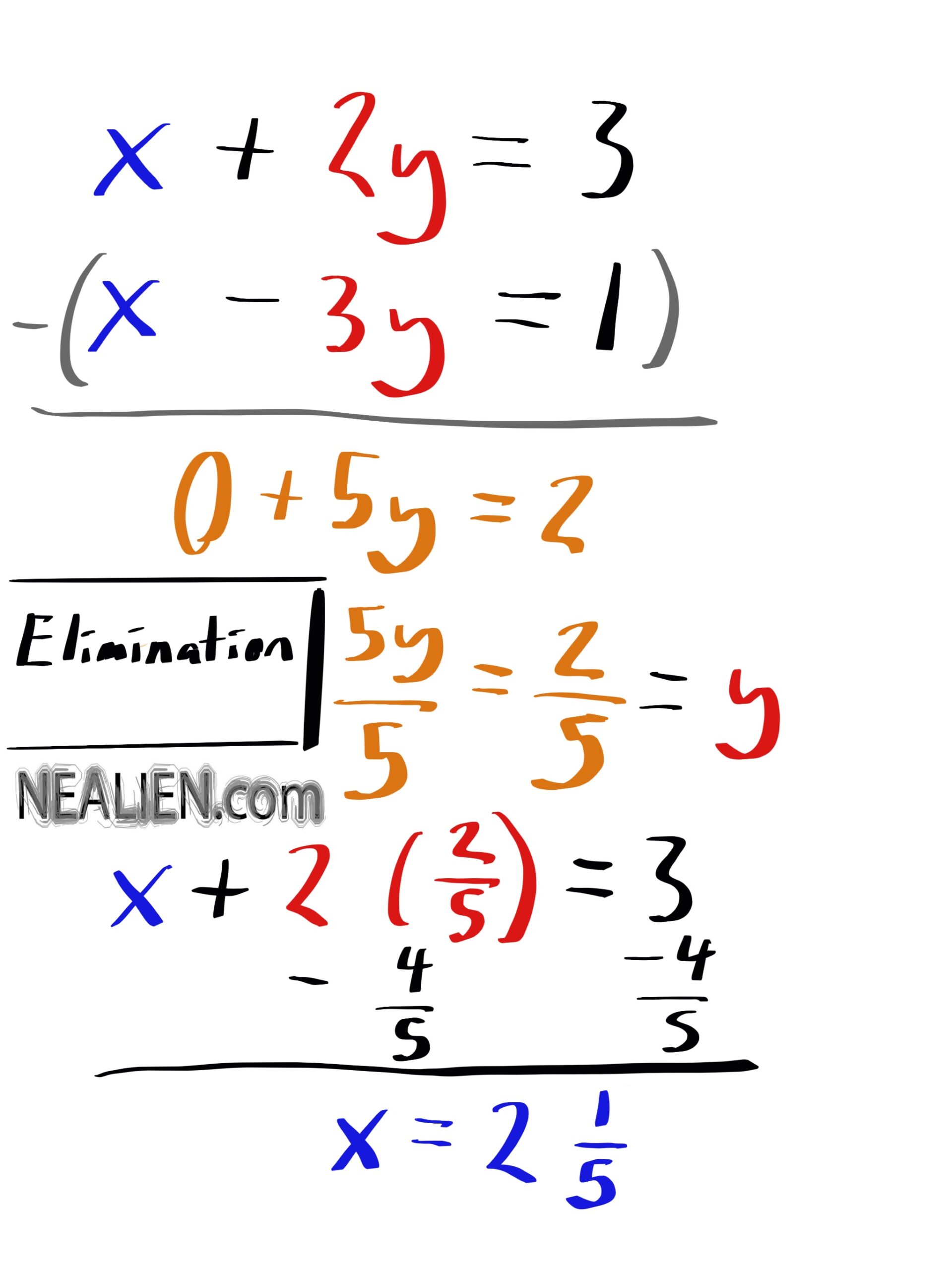 Here’s a fairly simple example of using the elimination method to solve for two variables when you have two equations. The answers do not end up being whole numbers though. 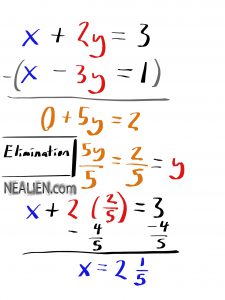 The elimination method can be a good approach to solving for two variables when you have two equations.

Sometimes you can start by simply adding the two equations or subtracting one from the other. Other times, you will multiply both sides of one equation by a number and possibly also the other equation by a different number.

You want to make it so that when you add the two equations or subtract one from the other then you eliminate one variable.

It can be either variable that you eliminate. Once one variable is eliminated, you can solve for the remaining variable (if it’s possible).

Another approach to solving when you have two equations and two variables is called substitution. Depending on the situation, one or the other might be more efficient. They can take about the same amount of work sometimes.