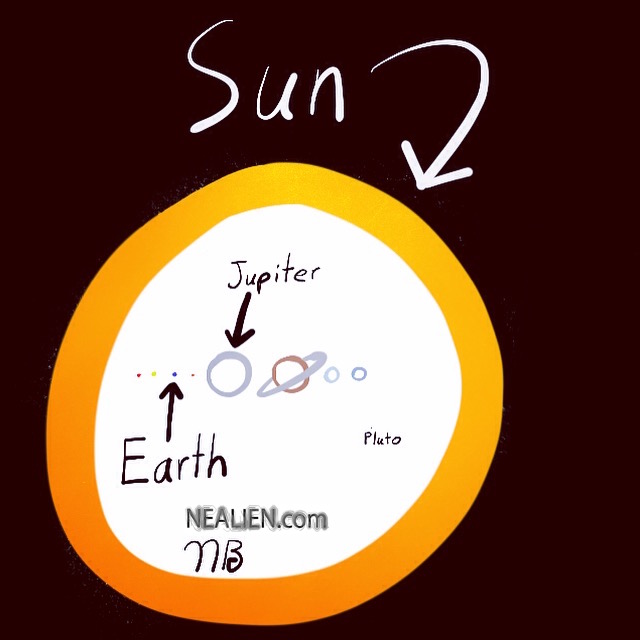 Saw this question on Quora and thought it was interesting.

The sun is hot enough to have nuclear fusion.

But let’s pretend that it was just a fire like we would have burning wood on Earth and compare the sizes of the Sun and the Earth.

This drawing is fairly accurate for comparing the sizes of the planets and the Sun. Pluto is the hardest to see since it’s the smallest so I labeled it. I went ahead and labeled Jupiter, the largest planet, as well in addition to the Earth and the Sun. 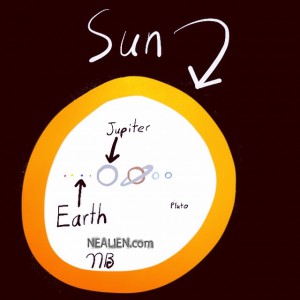 If you imagined that you had a fire that was an ordinary size and you had some water that was the same ratio compared to the fire as the Earth compared to the Sun, you would think that the water would simply evaporate when it got near the fire but not extinguish it or really take away much energy at all from the fire.

And you could say that the sun is much hotter than ordinary fires.