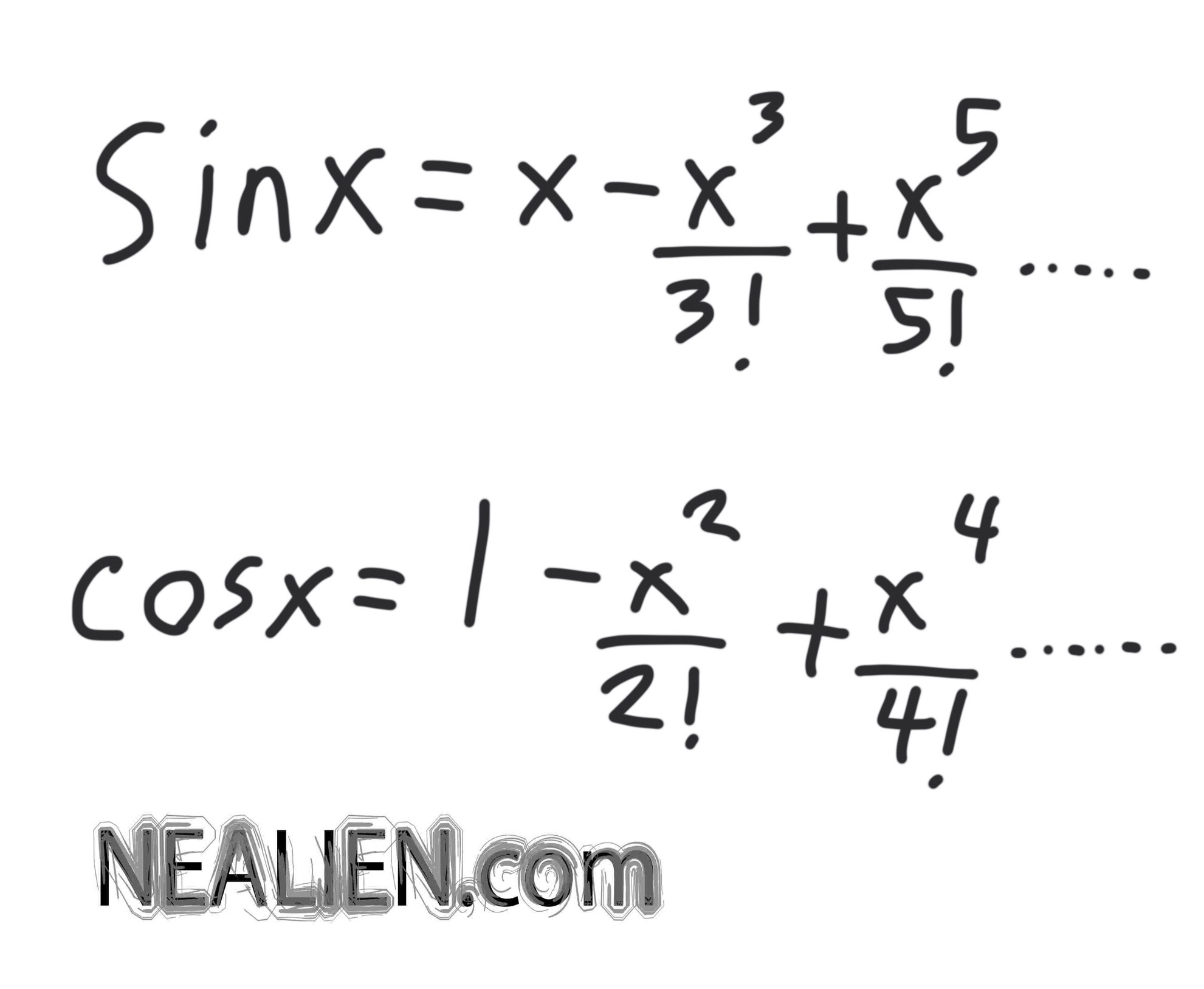 I would think that at least some calculators use (or used) the Taylor Series for the functions.

They would be something a calculator can do fairly easily, as opposed to the sine function itself. Taylor Series use polynomials.

That is more likely something you would see as a mathematics/physics student at the undergraduate level.

Each is an alternating series that starts with a positive term.

If you use more terms, you get more accuracy, but a calculator displays a limited number of terms. So a fairly small number of terms in the Taylor Series will give you a decent approximation for many things.

Also, these Taylor Series are more accurate with smaller values of x using less terms. If you use x = 0, they’re exactly right using only the first term.